Casa Pacifica CEO Gets Dunked By Assistant Sheriff
Camarillo, CA – On Wednesday, February 14th Casa Pacifica hosted its annual employee appreciation town hall. The grand finale of the town hall was the much-anticipated meeting between Casa Pacifica CEO Dr. Steven Elson and the dunk tank. Dr. Elson’s date with the dunk tank was the result of Casa Pacifica’s successful Giving Tuesday campaign in November, which raised more than $15,000 for the nonprofit. On the short list of esteemed “throwers” was Ventura County’s own Assistant Sheriff Bill Ayub, currently running of Sheriff in the 2018 election. Along with Ayub, chosen employees including Steve’s own Executive Assistant Cindy Dombrowski had the privilege of sending Steve into the water. Steve ended up getting dunked three times, to the cheers and howls of staff. “In the moment, I felt some firings coming on – but, although not great career moves for my employees who threw, ultimately I value them and their generous spirits in donating to the campaign. It was a fun way to celebrate our Giving Tuesday success,” said Elson of his dunking finale.

For Casa Pacifica’s Giving Tuesday Challenge, two “teams” competed to either “Dunk Steve” or “Save Steve,” whichever team brought in the most donors would win. Ultimately, team “Dunk Steve” was victorious. Chosen employees and community donors who participated in the Giving Tuesday Challenge will have the honor of throwing the balls that will send Dr. Elson into the water. Longtime Casa Pacifica supporter Ventura Rentals donated the dunk tank for the festivities. “Mike and I highly respect the work that Casa Pacifica does for the children. We never thought Steve getting dunked would create such a big deal in the community, but we are so excited to see this happen!” said Heidi Whitcomb, owner of Ventura Rentals. 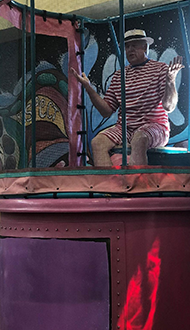 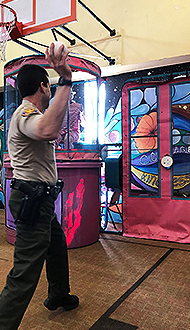 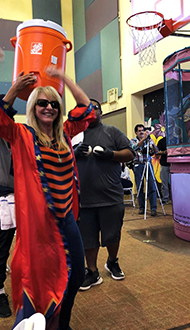 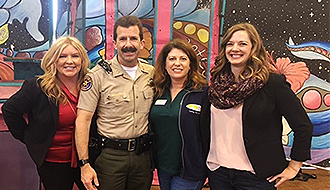