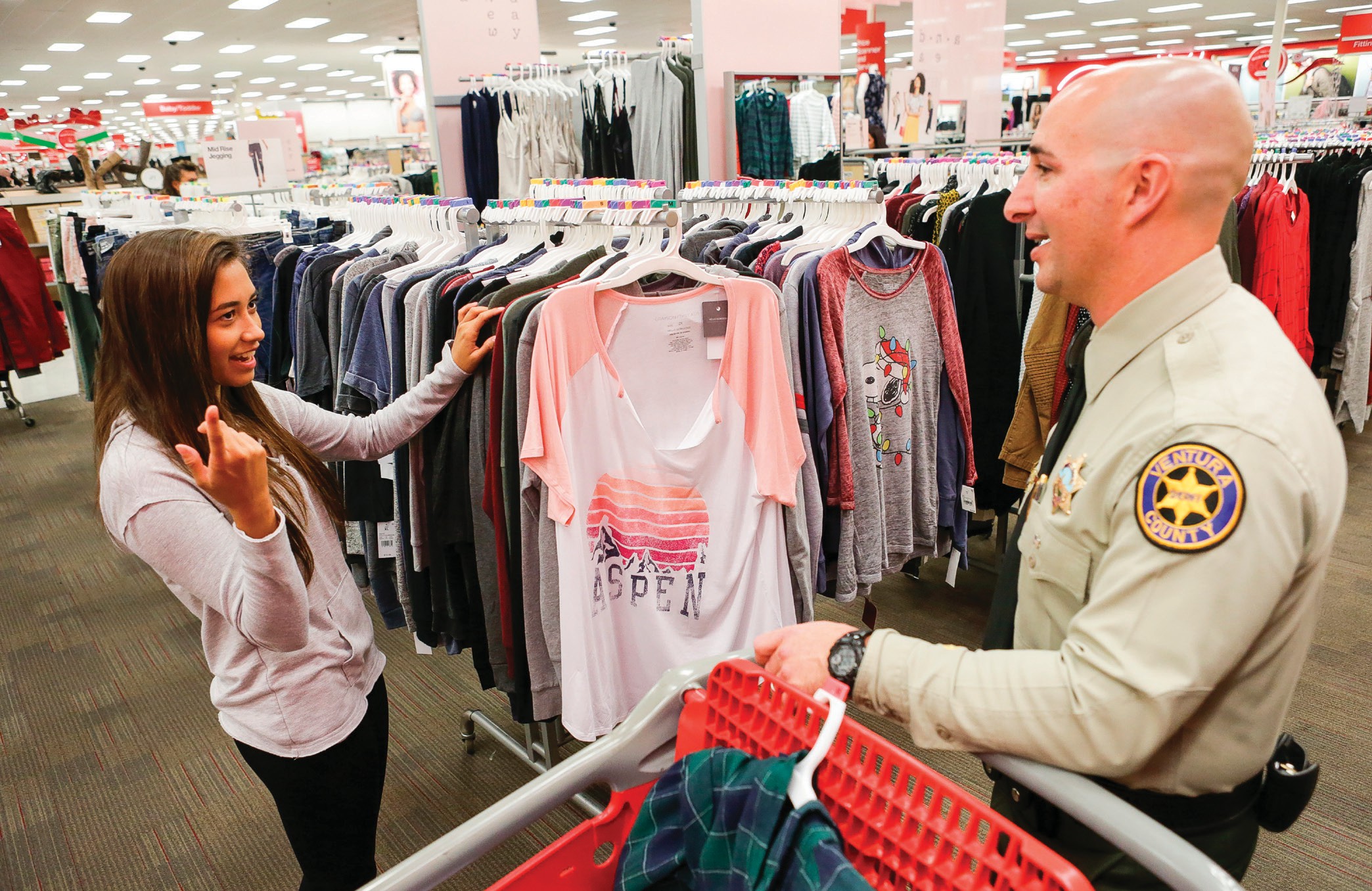 This year’s sixth annual Shop With a Cop shopping spree, co-sponsored by the Ventura County Sheriff’s Office and the department’s foundation, was the biggest yet, organizer Dep. Mario Molina said, providing a record 164 children with $150 each in Target merchandise, plus a pair of shoes of their choice.

Lindsay, a 12-year veteran who participated in Shop With a Cop for the third time this year, said he’s nominated “some amazing kids” to the program in the past, including one girl who insisted on using her shopping money to buy presents for her brothers and sisters who otherwise wouldn’t get Christmas presents.

“After she bought the presents, we went out and bought her some toys just for her,” the deputy said.

“A lot of times people call these kids disadvantaged, but that’s not really the right word. They’re deserving kids,” he said. “I met Aiko at school. I ended up meeting her family. She’s just a really good kid, and I wanted to bless her with this.”

For her part, Aiko said she wanted to spend some of her $150 on presents for kids at Casa Pacifica, a shelter for foster children.

“The kids there have really been through a lot, so I want to help them in some small way,” she said.