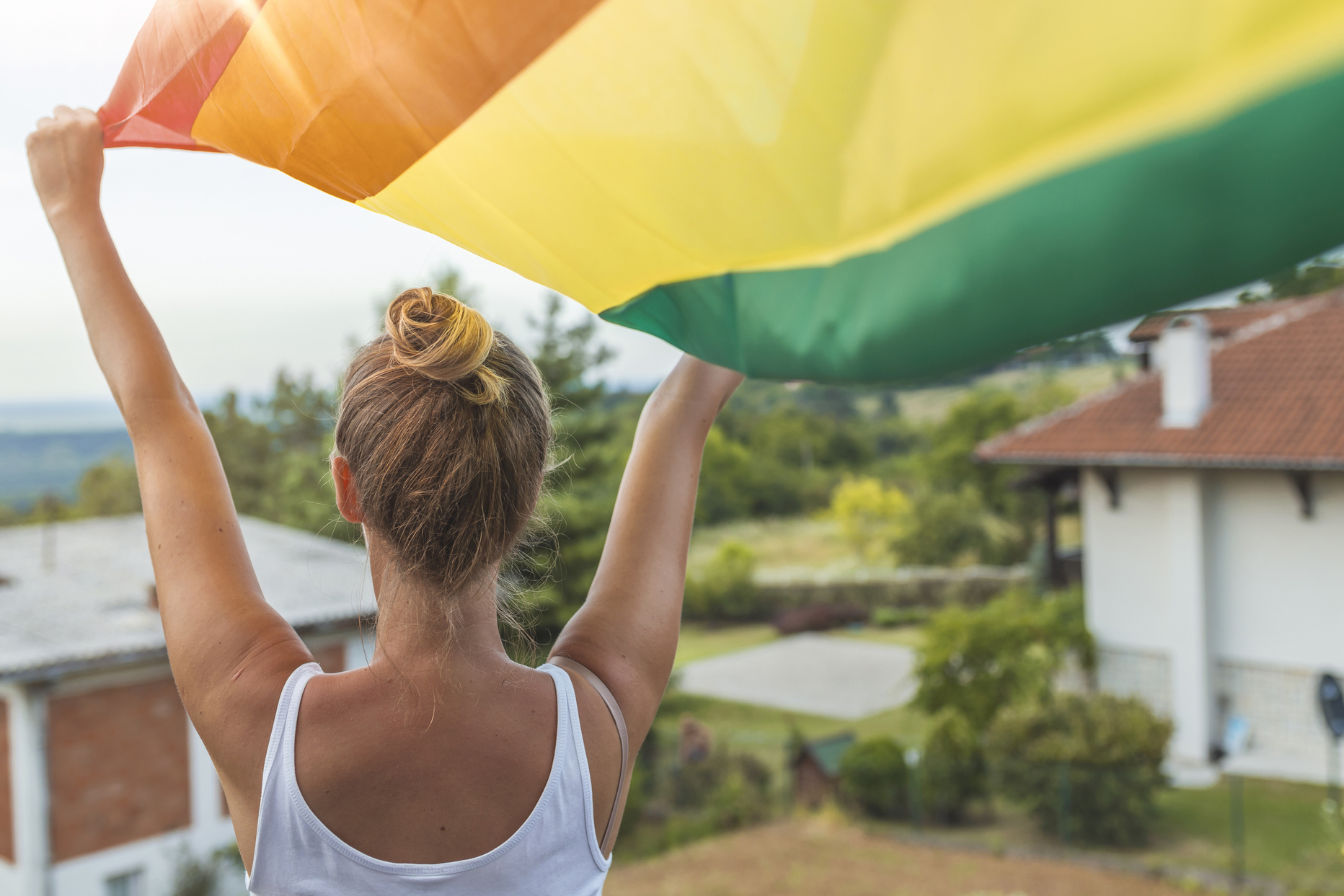 June is Pride Month, recognized worldwide as a month to raise awareness, celebrate sexual diversity, promote dignity and equal rights, and protest discrimination and violence against the LGBTQ+ (lesbian, gay bisexual, transgender, queer (or questioning) community. A large part of the LGBTQ+ community is youth.

Adolescence can be a tumultuous time for a young person and “fitting in” can mean everything to them. Being identified as “different” along with bullying, stigma from society, and a lack of family support are often the reasons why LGBTQ+ youth show signs of suicidal behavior. (https://www.hrc.org/resources/2018-lgbtq-youth-report)

A recent study found that suicidal ideation among LGBTQ+ youth has gone down, although it is still much more prevalent than in heterosexual youth. (Pediatrics, Suicidal Ideation and Behavior Among Sexual Minority and Heterosexual Youth: 1995–2017) Even as social ideas have begun to shift, LGBTQ+ youth continue to struggle and are three times more likely to attempt suicide than their heterosexual peers. In homes, at school, and in their communities, LGBTQ+ youth often feel anxious, depressed, and fearful of rejection or are even fearful for their own safety. That’s why as parents it is so important we come together to talk about these issues and support the LGBTQ+ youth in our homes and community.

As a parent, talking about sexuality with your teen can be uncomfortable. And having your teen express to you that they are LGBTQ+ may be overwhelming.  Below are some definitions that may help as you have important conversations:

For many LGBTQ+ youth “coming out” and/or telling their family about their sexuality can be scary. It’s important for parents to know each youth is different and will experience their own journey as they accept and come to terms with their own sexuality. Some youth begin to feel “different” in elementary school and begin to have a clearer picture of themselves as they hit puberty. Some may try to ignore or suppress feelings causing depression, anxiety, isolation, self-doubt or other mental health issues.

If you are the parent of an LGBTQ+ youth, here are some suggestions to help you navigate this challenging journey together:
• Make sure they know they are loved. Respond in an affirming way so they understand you care and support them no matter where their journey takes them.
• Practice acceptance and don’t dismiss their feelings. Avoid comments like: “It’s just a phase,” “We can fix this,” or “What did I do wrong?”
• Look for signs of bullying, especially on social media. Reach out to a school counselor or administrator if your youth has a sudden behavior change, declining grades, unexplained absences or engages in new, risky behaviors.
• Help your youth find LGBTQ+ resources or support groups.

The journey of self-exploration and acceptance can be a very difficult time for an LGBTQ+ youth and it’s important they feel loved and supported. Families can support LGBTQ+ youth by:
• Advocating for safe spaces at school and in the community, free of judgment
• Supporting friendships without expectations dictated by gender
• Check in with youth regularly
• Engage in conversations that focus on what may be happening in their life

Above all, show your LGBTQ+ youth you care, and you love and support them no matter what. A strong support system is not something every youth has and it can go a long way in making a potentially difficult journey much easier.