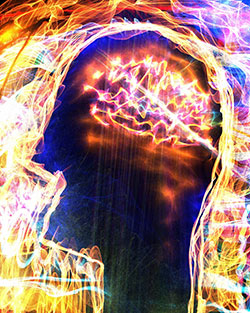 When we think of ADHD, we often think of difficulty sitting still or processing instruction. However, emotional dysregulation, which is often overlooked, is a significant part of living with ADHD as well, and some find it the most difficult part of the condition.

Emotional Dysregulation can be described as a difficulty with properly handling emotion, which often manifests as seemingly overblown or prolonged reactions to minor stimuli. Though emotional dysregulation is common in people of all ages diagnosed with ADHD, it can be especially difficult for children.

Regulating emotion is a job largely performed in the brain by the amygdala sending signals to the prefrontal cortex, allowing a person to calm down, take a step back, and analyze the situation. For many with ADHD, tests have shown that the pathways between the amygdala and the prefrontal cortex are weakened, making it difficult for the brain to process emotional stimuli.

In addition to emotional responses that are more intense or prolonged than a situation may seem to warrant, emotional dysregulation in ADHD often makes it difficult for a person to react positively to delayed gratification, or misunderstand the emotional experience of others. This may lead others to see someone with ADHD as unkind or insensitive, however, it is important to remember that this is not a reflection of who they are.

ADDitude has a wonderful video explaining the effects of ADHD on emotional regulation, which you can watch here.

If your child is struggling with emotional dysregulation as an effect of ADHD and you believe them to be in need of intensive therapeutic intervention, reach out to Casa Pacifica Centers for Children and Families today. After a free and confidential screening, we will help you find the right treatment option for your child: