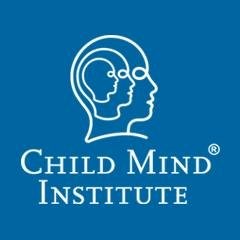 Disruptive Mood Dysregulation Disorder (DMDD), a relatively newly diagnosed disorder in children, is characterized by regular and volatile expressions of temper that would seem to be disproportionate to the situation. DMDD’s symptoms include constant irritability peppered with angry outbursts that occur on a regular basis, usually at least three times per week. While in the past these children had typically been diagnosed with pediatric bipolar disorder (PBD), doctors have now determined that, unlike children with PBD, these children do not experience the type of mania characteristic of those with bipolar disorder. DMDD is thought to occur more frequently in boys than in girls.

Regular, consistent behavioral outbursts and a history of irritable behavior can lead to the diagnosis of DMDD if measured over a period of time. In diagnosing children with DMDD, pediatric bipolar disorder must be eliminated, so it is important that children are observed for 12 months or more. A child with DMDD will usually show symptoms prior to age ten, and the diagnosis of DMDD cannot be made for children six years of age or under, or once the young person reaches the age of eighteen.

Doctors are still determining the most appropriate treatment for DMDD. Currently treatment options include medication, psychotherapy, or a combination of both. Clinicians are having some success prescribing both stimulants and antidepressants such as SSRIs, along with applied behavior analysis. Parents are encouraged to work with their doctor to determine the best remedy for their child. DMDD is sometimes seen in conjunction with ADHD, depression, anxiety, substance abuse, and conduct disorder.

For a more in-depth overview of the basics of DMDD, check out this helpful guide put together by the Child Mind Institute.

Living with a child who has DMDD can be stressful for the parents and the rest of the family. Seeking the support and services of qualified professionals who specialize in working with children who are at risk for DMDD and other disorders can help to alleviate some of this stress for both the child and the family. A child showing signs of DMDD has complex needs, and it is important that they should feel safe and understood while being in an environment where appropriate strategies for managing their behavior are developed. At Casa Pacifica, we offer a range of services by highly trained and experienced staff who can help your child work toward a positive outcome. Visit our website today for more information on how we can help. https://www.casapacifica.org/