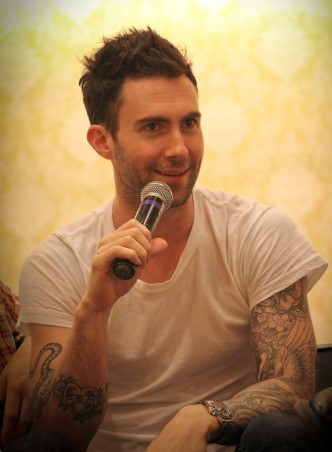 Adam Levine is the lead singer of the critically acclaimed band Maroon 5. He has helped to make a lasting mark on the contemporary music scene. Levine doubles up as the principal songwriter and also plays guitar for the group. It has been said that Levine lends Maroon 5 its distinctive sound. However, Adam Levine is also an adult struggling with the symptoms of ADHD.

He asserts that all through his life, he has had to deal with this condition. As a kid, it was extremely difficult for him to sit still in class or complete the tasks his teachers gave him. At one point, he became very flustered by the sheer magnitude of the challenges he faced at school. Levine was finally diagnosed with ADHD during his early teenage years. This, he says, lifted a burden off his shoulders as it gave him a better understanding of the difficulties he was dealing with. His parents were very supportive as well. With their help along with that of his physician, Levine was able to chart an effective treatment plan.

Still, as an adult, he continued to suffer from ADHD symptoms. This was especially the case when it came to creating new music, which forced him to consult with his physician once again. He then discovered that he still had the condition. Fortunately for him and his fans, he managed to work with the doctor to effectively deal with and manage his symptoms.

As a result of his experience, Levine was inspired to launch the “Own It” campaign. He has collaborated with the Attention Deficit Disorder Association (ADDA) and the Children and Adults with Attention-Deficit/Hyperactivity Disorder (CHADD) to assist those who have been diagnosed with this disorder as children. This campaign focuses on helping to increase awareness in young people along with adults that this condition’s symptoms can persist through adulthood. By helping to educate them on relevant issues, they should be able to better manage their symptoms in a more effective manner.

For the full article, check out verywell’s site here: https://www.verywell.com/adam-levine-talks-about-adhd-20602

If your child or teenager is struggling with issues related to ADHD, or you have questions if this may be the case and need some guidance, feel free to reach out to us at Casa Pacifica today. Our trained counselors and staff can provide assistance in determining a program that will be helpful for your child. https://www.casapacifica.org/