When three-year-old Robby arrived at Casa Pacifica, the only life he had known was instability. His parents, both wanted by the law for drug charges, had dragged the little boy from town to town. One day his mother couldn’t take it anymore and turned herself in to authorities. Robby was brought to Casa Pacifica and quickly assessed by staff. He had suffered severe neglect and was unable to speak. He lacked verbal skills, had speech delays and a very short attention span. He resorted to tantrums when trying to communicate and would scream at the top of his lungs when another child invaded his space. “Robby would sometimes go into a state of complete helplessness, throwing himself on the ground, refusing to do anything,” noted David, preschool supervisor. 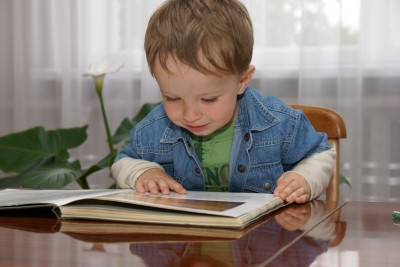 Once the counselor Robby was paired with a primary counselor who worked to form a bond with the child and the counselor earned his trust, Robby began to form attachments with staff members. He was put on a program that included speech therapy and exercises to improve verbal and communication skills. A structured daily routine, which included dressing himself, brushing his teeth and a daily bedtime, provided Robby with the stability he needed. He was put into preschool classes where he learned colors, shapes and the alphabet. In less than a month, Robby was using words to communicate with staff and was able to complete puzzles. Instead of having a tantrum or yelling, he would use words to express himself. He had trouble transitioning from task to task, so staff members found creative ways to deal with the problem. At bedtime, they would read books to Robby to relax him.

A reunification process began with his mother, who had entered a drug rehabilitation program. She was placed in a facility that would allow her son to join her when she was ready. For nearly two months, she participated in on-site visits, which later progressed to overnight stays. Robby recently was discharged, and is living at the rehabilitation facility with his mother. His father is still wanted by the law. According to his mother, Robby is well adjusted and continues to follow the routine set for him at Casa Pacifica. She told David that the other mothers at the facility are envious of her well-behaved child. David reported: “Robby is doing really well, and we are confident that he will continue to progress if things remain stable with his mother.”

Note: Robby’s name and photo have been changed to protect his privacy.