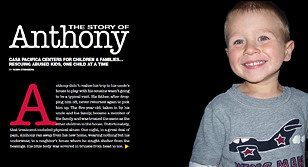 Anthony didn’t realize his trip to his uncle’s house to play with his cousins wasn’t going to be a typical visit. His father, after dropping him off, never returned again to pick him up. The five-year-old, taken in by his uncle and his family, became a member of the family and was treated the same as the other children in the house. Unfortunately, that treatment included physical abuse. Anthony was placed at Casa Pacifica Centers for Children & Families and lived in the Pre-K Cottage. He was bright-eyed, smart, agreeable, and displayed no negative behaviors from the trauma he had experienced. He seemed adjusted to his new surroundings and happy. Anthony was placed in a foster home in the community after three months, but, it wasn’t too long into this placement that the negative effects of his abuse began to surface. Anthony became aggressive with the other children in the home, both verbally and physically. He changed preschools three times because he displayed the same behavior at school. Though the foster mother did everything she could to help Anthony with his aggression, he was eventually placed back at Casa Pacifica. 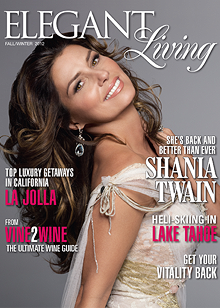 Upon his return, Anthony’s negative behaviors decreased due to a sense of feeling safe, but it was obvious he needed help. Anthony was having trouble in his Kindergarten classroom. He would poke, kick, bite, hit, and pinch his classmates. Anthony was enrolled in Therapeutic Behavioral Services (TBS), a community-based program that focuses on providing individualized behavioral interventions for at-risk children to keep them out of placement in a high level group home. Though Anthony was living at Casa Pacifica, it was clear that the TBS services would be a great benefit in helping Anthony’s behavior change, thereby increasing his chances of a successful foster home placement in the future and improving peer relationships at school. Anthony’s TBS staff worked with him four days a week. Two behavior goals were set for Anthony: 1) decrease verbal aggression, and 2) decrease physical aggression. Anthony was taught coping skills to achieve these goals. For example, if Anthony was angry he had a box full of Playdough balls, which he could squeeze and manipulate in order to calm himself, or he could ask to go for a walk with a staff member, or he could push against a wall until he felt the anger subside. For his verbal outbursts, a chart was hung in Anthony’s room that allowed him to indicate the level of anger he felt. It also had words for him to point at to identify the emotions he was feeling – sad, frustrated, hurt, etc. The chart helped Anthony begin to distinguish his emotions and be able to share them verbally. The TBS staff also worked with Anthony on his peer level interactions, helping him learn to share, play harmoniously, and ask for help when he was having a problem or felt angry.

After a four-and-a-half month stay at Casa Pacifica a new foster home was identified for Anthony. The foster parents came to visit Anthony for a month and soon Anthony was able to go offcampus with them for day trips, and eventually for overnight stays. Anthony now lives full-time with his new foster family and is reported to be doing very well. He still continues with his TBS services and there are plans for him and his foster parents to start in Casa Pacifica’s Parent-Child Interaction Therapy in the near future.

Note: Anthony’s name and photo have been changed to protect their privacy.